For regular people 818 is just a number. For Fendt fans it is so much more and this Favorit 818 ‘Turboshift’ is about as good as it gets. Despite having been fully refurbished by its owner this tractor isn’t kept as a museum piece. Ploughing and deep cultivations are part of its job on a farm in Flevoland, the Netherlands. The clock is currently reading well above 10.000 hours of which this series is more than capable handling.

The Favorit 818 was launched in 1993 and is the middle model in a series of five models, ranging from the 816 up to the 824. This is one of the first series with the exhaust stack on the bonnet, which was later moved to the side. Aside from a full cosmetic refurbishment this 818 has also been given some extra horses and it now pushes out 230 HP. The same as its big brother 824, with whom it shares the same engine. More than enough to pull this four furrow Rumptstad plough!

The 818 is the smallest model with the MAN D 0826 LE six cylinder turbo’d and intercooled engine that has a displacement of 6,87 litres. Its original maximum power is 190 HP. The engine is coupled to a 44×44 ZF powershift gear box and fluid clutch, the famous Variofill from Fendt. Back in the days this was pretty much as good as it would get and the Favorit 800 range was very popular with contractors on the European continent offering a package of 50 km/h, front axle suspension, maximum weight of 14t and a quiet cab. 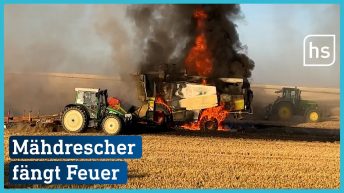 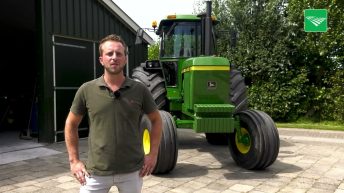